Wildcats dominate in all phases of the game in… 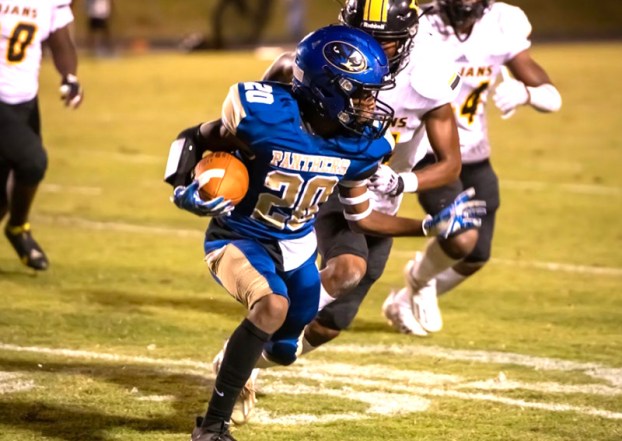 In spite of a gallant effort, Panthers fall to fifth-ranked Peach County

AMERICUS – After having to endure another suspension of football activities and having their region contest against Central (Macon) postponed due to a COVID-19 issue, the Sumter County High School Football Team (SCHS) took the field at Alton Shell Stadium on Friday, September 24 against the #5 ranked team in the state in GHSA Class AAA: The Peach County Trojans (PCHS). SCHS came into this game hoping to pull off the upset, but in spite of their gallant effort, the Panthers struggled in the first half with mistakes on Special Teams and turnovers. As a result, the Trojans took advantage of those miscues and scored on just about every offensive possession. This eventually led to a 59-0 defeat for the Panthers at the hands of PCHS.

The Panthers got the ball to start the game, but weren’t able to mount a drive and were forced to punt. However, as it was in previous games, issues with snapping the ball to the punter reared their ugly head again as the ball was snapped over punter James Herron’s head. Herron tried to corral the ball, but was tackled in the end zone for a safety, making the score 2-0 PCHS early in the game. 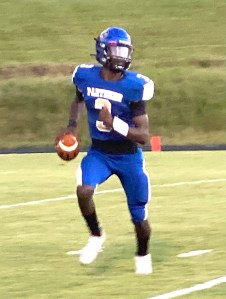 On the Panthers next possession, they turned the ball over on a fumble deep in their own territory. Fortunately, the SCHS defense was able to hold the Trojans to a field goal.

However, SCHS still struggled to move the ball on offense and the Trojans took advantage by scoring another touchdown when quarterback Christian Martin threw a touchdown pass to Zion Shaw. The point after by Maddox was good and the Panthers found themselves trailing 12-0.

The Trojans would later add to their lead in the quarter. On first and 10 from the SCHS 49-yard line, Martin threw a 49-yard touchdown pass to Dylan Johnson. The point after was good and the Trojans led 19-0. 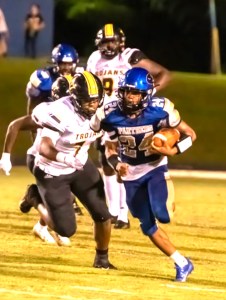 Over the next couple of minutes, things began to unravel for SCHS. The Trojans blocked two punts that would eventually lead to two more touchdowns for PCHS. As much as the Panthers tried to move the football on offense and tried to stop the Trojans on defense, PCHS continued to have its way and scored almost at will. Late in the first half, SCHS was able to get some positive yardage on offense when running back Jarod Lewis ran for a first down near the SCHS 20-yard line, but by the time halftime arrived, the Panthers found themselves trailing 59-0.

In the second half, the Panthers tried their best to put points on the board and were able to hold the Trojans scoreless. However, the damage had been done in the first half and the hole was too deep for SCHS to climb out of. As a result, PCHS cruised to a 59-0 victory. 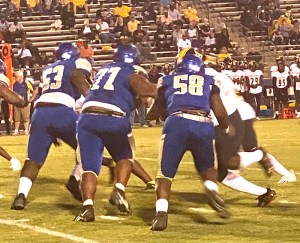 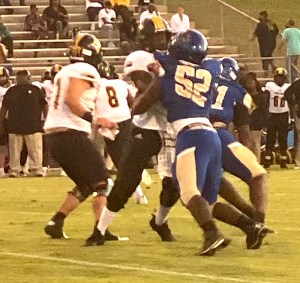