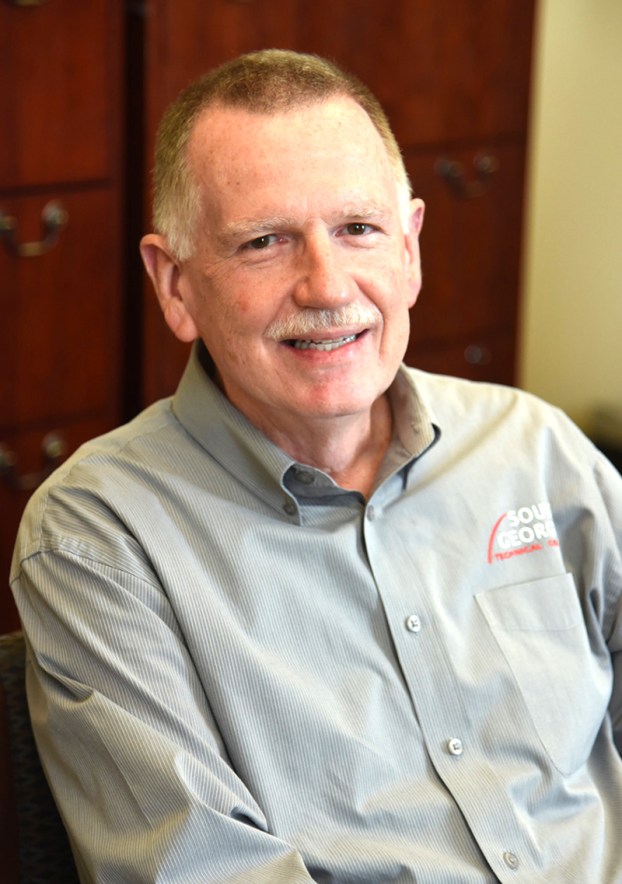 Mark Brooks to retire from South Georgia Technical College on June 30, 2021 with 34 years of service to the college. Photo by Su Ann Bird

AMERICUS – South Georgia Technical College (SGTC) Administrative Services Director Mark Brooks, who has dedicated over 34 years of service to the college, has announced his retirement effective Wednesday, June 30, 2021.  He currently has the most years of service of any employee at the college.  During his tenure, he has faithfully served four different college Presidents and four different administrative services’ Vice Presidents.

“This has been a wonderful place for me to spend my career,” Brooks said.  “South Georgia Tech has been a huge part of my life.  I got married and had a family while I worked here.  I don’t know that I expected to spend my entire career here when I started, but I am very glad it worked out that way.”

He began his career when Dea Pounders was head of the school, and then worked with President’s Jon Johnson, Sparky Reeves and Dr. John Watford. He also reported to four Vice Presidents or Directors including Brenda Faircloth, Kathy Love, who is now President at Savannah Technical College, Janice Davis, and Lea Coe. “I enjoyed working with each President and each Vice President or Director,” said Brooks.  “Each one was different and had different leadership styles and strengths but I was very fortunate to have such good support.”

SGTC President Dr. John Watford extended his congratulations to Brooks and also added, “On behalf of everyone at South Georgia Technical College, I would like to thank Mark for his service to the college for the past 34 years.  He is a model employee with a wealth of knowledge.  He is dedicated and dependable.  If he doesn’t know the answer to a question, he knows who to call to find out.  We will certainly miss him but wish him all the best in his retirement.” 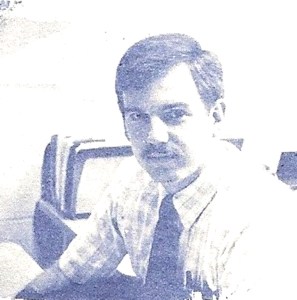 Brooks joined South Georgia Tech in July 1987 as the Purchasing Agent/Procurement Officer. He was responsible for all purchasing activities of a state-supported technical college.  He processed requests for equipment, supplies, services and contract requests.  He was also responsible for evaluating pricing, delivery, service, and other factors to determine the lowest responsible bidder and assisting administration in planning for repairs and renovations of existing buildings and new construction.

He was promoted to Administrative Services Director in January 2007 and has served in that capacity for the past 14 years.  He is currently responsible for directing and administrating the Purchasing, Accounts Payable, Insurance, Shipping and receiving, Assets and Bookstores on two campuses.

Brooks was dating Angie Apperson, who would later become his wife, when he first started at South Georgia Tech.  They married in 1988 and now are the proud parents of three grown children, Beth Brooks Wisham, and twin sons, John and Matthew Brooks.  “Matthew and John both graduated from South Georgia Technical College in Aviation Maintenance and Beth works here as a High School Initiative Specialist.  John works with The Boeing Aerospace Company in Charleston, SC, and Matthew works with Lockheed Martin in Marietta, GA.  Both of them graduated without any student loan debt and they are doing very well in their careers.  It makes me very proud to be a part of an organization that provides this type of education and workforce development training.”

When asked what has been the biggest change that he has seen in his job duties over the past three decades, he said, “automation.  When I first came to South Georgia Tech, we processed everything on paper.  We wrote or typed out paper requisitions for every piece of equipment that we ordered.  But over the years, everything became more automated and now everything is basically handled electronically.  Occasionally, we still do something with pen and paper but most of the time, it is all done on the computer.”

Brooks also pointed out that the people at South Georgia Technical College are what has made his job.  “We have some great people at South Georgia Technical College. I have been very fortunate to work at a place that cares about its employees and its students.  That includes the people that have already retired and those that are still working here.  It doesn’t seem like I have been here for nearly three and a half decades.”

Once he retires, Brooks says he hopes to catch up on some gardening, fishing and “do a little traveling.”