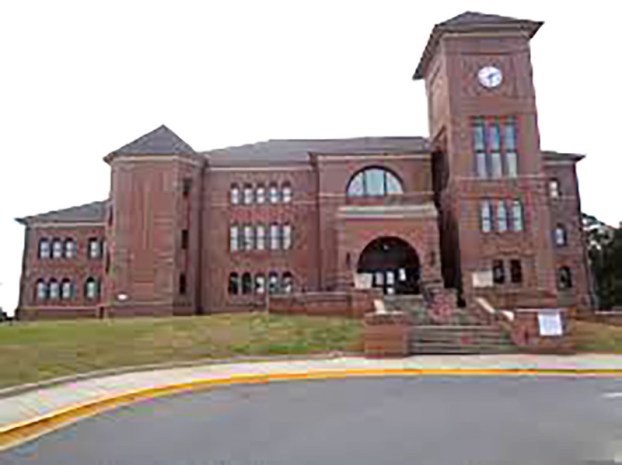 The Sumter County Board of Commissioners (BOC) normally meets twice a month for their Work Session and their monthly meeting at the Sumter County Courthouse. However, do to concerns over COVID-19, the BOC has been holding virtual meetings for the last several months. ATR Archive

According to information found on the website www.municode.com, Section 4.11 of the Sumter County Code of Ordinances states that wrecked or junked vehicles cannot be parked in open buildings and that tractor-trailer combinations, semi-tractors or semi-trailers are not allowed to be parked or stored in R-1, R-2 or R-3 districts.

Brittney Everett and William Revell, a couple which live in Plains, expressed their concerns to the BOC that they were breaking a code that they weren’t aware of by parking their dump truck on their personal property. Everett went on to say that they parked the truck at the Gas & Go station at the corner of US 19 and Highway 280 and kept it there for three weeks. Everett also stated that the truck has been vandalized and that they had parked the truck at a flea market, where it had been broken into and $1,000.00 worth of damage was done.

“We have family that has been trucking for over 40 years,” said Everett. “They’ve kept their personal truck on their property. I just want to see if there is any way that the code can be changed or something because we want to be able to have our stuff on our property and we can’t fix it when it’s at the Gas & Go.” Everett went on to say that theirs is a family-owned business and that they can’t afford to take the truck to have it fixed when the driver/owner does all the work on it. She also noted that she and Revell have seen at least 60 truckers park their semis at their homes without any interference from local authorities.

BOC Chairman Clay Jones told Everett that the county is in the process of updating its ordinance regarding the situation. “We’re still working on it. It’s a work in progress,” Jones told Everett. County Attorney Kimberley Reid stated that Sumter County Fire Chief Jerry Harmon has formed a committee to look at possibly revising Section 4.11 and suggested to the BOC that Harmon be asked to address whether or not his committee has a recommendation concerning the matter. Harmon, who was at the virtual meeting, stated that his committee had found several issues regarding Section 4.11. Harmon stated that he, along with Col. Eric Bryant, Department of Public Works Director Jim Littlefield and Americus City Councilman Daryl Dowdell, met to discuss this and came up with a recommendation. However, Harmon went on to say that more and more of these trucks are being parked at the homes of residents. “Right out here where I live, we’ve got an R-2 zoning,” said Harmon. “They’re trucking in an out of there every day and leaving them overnight.” Harmon added that something needs to be done about the situation that will be in the best interests of all of the citizens of Sumter County.

“We can’t afford to keep fixing what everybody else is hitting and it can be on our property just like all these other 60 or 70 people in Sumter County,” said Everett.

“I’m asking can we bring ours home until there is something said about it because it’s not fair that everybody else gets to do it and we have to leave ours up there unsupervised.”

Jones asked Chief Harmon if the couple could bring their truck home until the situation is resolved. Harmon then asked Attorney Reid to comment on whether or not the couple’s truck can be brought back to their house. He added, however, that there have been complaints regarding that particular truck being parked in the couple’s driveway. “We did issue them an order not to put the vehicle back on the property at this point,” said Harmon. “But, like she said, there are so many of them that we are trying to deal with at this time. It’s unbelievable.”

Reid stated to the BOC that when dealing with an ordinance, it is necessary to be consistent in enforcing that ordinance with all of the citizens of the county. Littlefield, who was at the work session, asked Reid if the BOC has the authority to declare a temporary moratorium on issuing bands or warnings regarding Section 4.11 so that the couple can protect their property. Reid replied that what the BOC previously discussed and what it has the option of doing is repealing the applicable portion of two different ordinances that apply in this case: Section 4.11 and Section 34-76 of the Sumter County Code of Ordinances. “At the last discussion the commissioners had, the consensus was not to do that,” said Reid. “But of course, if the commissioners have changed their opinion as a consensus of the Board, they can repeal and then subsequently re-enact those provisions if they chose to do so,” continued Reid. Jones then told Everett that in keeping with the ordinance that is already in affect, she and Revell would not be allowed to bring their truck back to their home. However, both Jones and Chief Harmon indicated that they are trying to find a solution that will be in the best interests for all of the citizens of Sumter County. For more information on the Sumter County Code of Ordinances, go to municode.com.

In other news from the work session, the BOC voted to approve an amendment to the food service partnership agreement between the Sumter County Correctional Institute and the Sumter County Law Enforcement Center. County Operations Administrator Rayetta Volley stated that the only change on this amendment is the term. “They’re going to change it so that the agreement will be extended for an additional year, but as far as the services and the cost, those will remain the same,” said Volley.   Commissioner Mark Waddell made a motion to approve the amendment and Commissioner Thomas Jordan seconded the motion. The BOC voted and the approval passed unanimously.

The BOC also voted to approve a bid for the disposal of the abandoned Renecker Road to Leatherbrook Holsteins LLC in the amount of $12,500.00. Volley stated that a bid opening took place and that Leatherbrook Holsteins LLC Owner Adam Graft was the only one that turned in a bid and that his bid was in the amount of $12,500.00. Volley concluded by asking the BOC to award the bid to Graft.

Commissioner George Torbert made a motion to approve the bid to Graft and Leatherbrook Holsteins and Commissioner Waddell seconded the motion. The BOC voted and the approval passed unanimously.

The BOC also approved a quitclaim deed between itself and LeeCo Farm Center, Inc. Volley stated that Attorney Reid drafted the quitclaim deed for the BOC and that it’s regarding the awarding of Renecker Road to Leatherbrook Holsteins LLC. Attorney Reid added that she wanted to get clarification from the BOC as to whether or not they wanted to reserve the easement on the fire roadway. Reid reminded Commissioner Torbert that he had asked that an easement be reserved just in case it was needed. “We did check with Mr. Littlefield and he confirmed that he doesn’t foresee a need for one, but there’s no problem if you want to include it,” Reid told Torbert. Torbert replied that he had requested the reservation of the easement before the land was purchased and while there was still a resident living on the road. However, he added that if Littlefield doesn’t see a reason to keep the easement, then he doesn’t either. A motion to approve the quitclaim deed contingent on removing the easement was made by Commissioner Torbert and seconded by Commissioner Scott Roberson. The BOC voted and the approval passed unanimously.

The BOC also approved another quitclaim deed between itself and the Lee County Farm Center. Volley stated that this is the quitclaim deed for Windham Casting, the former building that was once owned by the county. “This will clear it up so that we no longer own it anymore,” said Volley. “I’m just asking for official approval.”

Commissioner Torbert made a motion for approval and Commissioner Jordan seconded the motion. A vote was taken and the approval passed unanimously.

The BOC also approved the 2021 proposed Local Maintenance & Improvement Grant (LMIG) and Submittal of Applicant to the Georgia Department of Transportation (GDOT). Littlefield told the BOC that this is the list of roads that the county has proposed to use the state-funded portion of the paving project for 2021.

Littlefield stated that due to budget setbacks and cutbacks ordered by Governor Kemp, the county was awarded not quite $704,000.00 last year and this year, the county is being awarded a little over $606,000.00. “There’s a pretty significant difference, especially when you factor in 10 percent matches,” said Littlefield. He went on to say that the three roads on the list are Neil Hodges Road, the paved portion of Old Stage Road and the entire length of Logan Store Road. Littlefield went on to say that come January and February, the county would size up the TSPLOST money that it has available to work with and that more roads will be added to the list. Commissioner Roberson made a motion to approve the proposed LMIG Road List and Commissioner Waddell seconded the motion. The BOC voted and the approval passed unanimously.