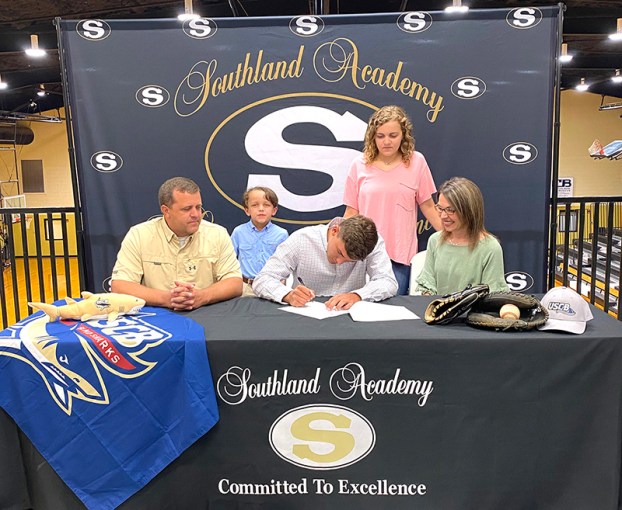 Kennedy has been a starter for the Raiders since eighth grade. Before the COVID-19 pandemic ended the Raiders’ 2020 baseball season in March, Kennedy was batting .591 with six doubles, one home run and 14 RBIs.

Kennedy is the son of Jeremy and Kimberly Kennedy and has had a life-long love of baseball. “That’s al I did since I was young,” said Kennedy.

He had college scholarship offers from two other schools: Tusculum University, an NCAA Division II school in Greenville, TN and Abraham Baldwin Agricultural College (ABAC), but decided to play for the Sand Sharks. “The environment was more of my type. It was more family orientated,” said Kennedy. “The coaches were one-on-one with everybody and it just felt more of my speed.” 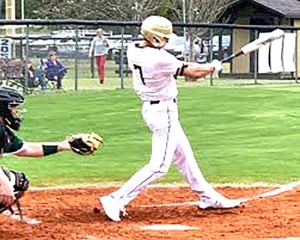 Before the COVID-19 pandemic cut short the Raiders’ 2020 season, Kennedy was batting .591 with six doubles, a home run and 14 RBIs.
ATR Archive

Kennedy will be reunited with his former high school teammate Harrison Bell and former Schley County standout Clint Sellers, who are both infielders on the ball club.

Southland Academy Head Baseball Coach John Brady could not say enough about what Kennedy has meant to the Raider Baseball Program and the school as a whole.

“What hasn’t he meant to us. He’s been a staple for us since he was in the eighth grade,” said Brady. “I don’t think he hit much as an eighth grader. We used a designated hitter for him, but after that, he’s had a spot in the lineup and he’s just gotten bigger and stronger and better. He’s a hard worker. He sets a great example for everybody on the team. You never have to worry about what he’s going to do. You never have to worry about whether he’s doing right or not. You can tell him to do something and help you with something. You can count on him. He’s just the kind of guy everybody wants to have on their team. That’s the best way I can say it,” Brady continued.

At this time, Kennedy is undecided about what his major will be at USCB, but one thing is for sure, he would like to continue doing what he loves to do even after college, and that is play baseball.