In “Vote of Confidence”, Carter Whips Kennedy in Iowa

Note: D. Jason Berggren is an associate professor of political science at Georgia Southwestern State University. This is the third article in the Carter 1980 look-back series.

It was not supposed to be this easy. But the rally in public support for President Jimmy Carter continued into February 1980 and carried him on to victory in New Hampshire’s “first-in-the-nation” presidential primary. On February 26, Carter defeated Massachusetts Senator Edward Kennedy 49 to 39 percent.

The other main candidate in the Democratic race, California Governor Jerry Brown, trailed far behind at 10 percent.

Also, that primary night, Carter won the caucuses in Minnesota.

On the Republican side, Ronald Reagan, the former two-term governor of California, made his comeback. He bested George H.W. Bush in the Granite State primary 50 – 23 percent. After the Iowa shocker, New Hampshire was a must win for Reagan. In a distant third was Howard Baker with 13 percent. Illinois congressman John Anderson had 10 percent of the vote. Far back with 2 percent each was John Connally and Phil Crane. The main headline for the Americus Times-Recorder for Feb. 27 was “Carter, Reagan Big Winners”.

The New Hampshire victory was particularly sweet for the President and the re-election campaign because it occurred in New England, Kennedy’s home region. Carter was thrilled, and was surprised by the margin. In his diary, he wrote, “New Hampshire returns were much better than we had anticipated.”

There is some evidence that the margin of victory should have been larger. The Feb. 25 headline for the Americus Times-Recorder suggested this. It read, “Carter Favored by Wide Margin Over Kennedy”. The printed Associated Press article cited a Boston Globe poll that had Carter with a 25-point advantage.

On election night, the President and Mrs. Carter were in Washington. First, they hosted a dinner at the White House for the state governors, who were in D.C. attending a meeting of the National Governors Association. Later, the Carters attended a performance of “The Elephant Man” at the Kennedy Center for the Performing Arts.

The President briefly spoke with reporters that night after he had been declared the winner of the primary. He said, “I think this return showed that the people of the country, at least the ones in New Hampshire, support the policies that we’ve espoused.” He also thanked his supporters and the campaign volunteers who made the primary a success. “I’m very deeply grateful to everybody who helped us there.”

Carter was still very concerned about the impact Kennedy’s campaign was having on party unity and the party’s general election prospects for president and for Congress. He wrote in his Feb. 26 entry, “…If he [Kennedy] was out of the race, we could bring the Democratic Party together and start raising money to support senatorial candidates in the fall.” Moreover, there was real concern that Kennedy would not drop out even if losing was a certainty. It was feared that he would remain in the race through the summer convention for spite and in order to spoil Carter’s chances for a second term.

President Carter displayed sufficient strength throughout New Hampshire. He had the backing of Hugh Gallen, the state’s governor. He won nine out of the state’s ten counties; five of them he won with at least 50 percent of the vote (Merrimack, Sullivan, Belknap, Carroll, and Grafton). His lone loss was Rockingham County, a southeastern county on the border with Massachusetts.

Carter won most of the principal cities in the state. He won in Manchester, Nashua, Concord, Rochester, Merrimack, and Keene. He also won the academic centers of Hanover and Durham. Kennedy was the top Democratic choice in Portsmouth, Exeter, and Salem.

Way up in the north country, in Coos County, Carter even won the midnight vote in Dixville Notch. Of the six Democratic votes cast, he had three votes, Kennedy had two, and Governor Brown one vote. An Associated Press photo of the vote total in Dixville Notch appeared on the front page of the Americus Times-Recorder on Feb. 26.

The Peanut Brigade once again did their job to help their friend and neighbor, President Carter. The week before the primary vote, nearly 200 volunteers left Georgia to go bravely campaign in the New England winter. In Feb. 19 edition of the Americus Times-Recorder, staff writer Leila Barrett wrote in “Peanut Brigade Heads for New Hampshire” that joining the effort was 54 diehards from Sumter County.

Nancy Marshall of Americus said she was going to New Hampshire because “I believe strongly in Jimmy Carter. He is the best candidate. He is honest, sincere and the one who can lead us.”

In the Feb. 22 edition of the paper, Rudy Hayes, the managing editor of the Americus Times-Recorder at the time, wrote in “Locals Campaign Hard in N.H.” that the Brigadiers divided “their time between working factory shifts, shopping centers, telephoning voters and campaigning door-to-door.” New Hampshire voters were even treated by their Georgia visitors to “samples of peanuts and peanut brittle.” The First Lady Rosalynn Carter was also in the state that day. Vice President Walter Mondale campaigned that weekend, too.

Hayes published another article, “Brigadiers Near Campaign End”, for the Feb. 25 edition.

The nomination path forward for Carter looked mostly clear. On Mar. 4, he was expected to win Vermont, but lose Massachusetts, Kennedy’s home state. Then, on Mar. 11, three southern states had primaries: Georgia, Alabama, and Florida. It was his southern stronghold, his “super Tuesday”, created in case things did not go well in the early northern contests. Carter was expected to sweep all three by large vote margins and add them to his string of victories in the Midwest and Northeast.

The South in 1980 did not figure to be the primary battleground between Democrats as it had been in 1976 between Carter and Alabama’s George Wallace.

It would, however, be consequential for the Republican contest.

Carter’s one southern opponent in 1980 was Cliff Finch, a one-term governor of Mississippi. Finch, who declared his candidacy on Dec. 24, 1979, did not pose a serious threat. For the Mar. 11 southern primaries, he was only on the ballot in Georgia.

Oddly, Kennedy declared the 10-percent loss in New Hampshire a victory. On primary night he said, “Tonight we are claiming victory,” and with that he was determined to remain in the race. Be that it as it may, it was a stinging defeat. As Time magazine (Mar. 10) characterized the outcome, New Hampshire was “an embarrassing defeat by most standards” for the Senator.

Going forward, it would take a “political miracle” for Kennedy to win the nomination. If that were to happen, he would need to win the March 18 Illinois primary. Later in March were the New York and Connecticut primaries on March 25. Newsweek (Mar. 10) described the March primaries as Kennedy’s “last chances” to just to survive.

The character issue continued to haunt Kennedy. His campaign attempted to address it in campaign ads in the immediate days leading up to the primary vote. It did not work. Kennedy could not match Carter on character. Nevertheless, the fact that President Carter did not win the state with a majority was a warning sign that too many Democrats preferred a different nominee. This showed that the President remained vulnerable. News that inflation hit 18 percent provided Kennedy an opportunity to rebound.

Politically, the President continued to benefit from the international crises. The hostages were still in captivity in Iran. The Soviet Union missed the Carter-imposed Feb. 20 deadline to pull its forces completely out of Afghanistan or risk a boycott of the Moscow Summer Olympics. The U.S. Olympic Committee was expected to back the President’s position. The Americus Times-Recorder headline for that day was “U.S. Won’t Participate in Olympics in Moscow”.

Compared with early November 1979, with a job approval of 32 percent, Carter’s numbers were up significantly. The Gallup poll for Jan. 25-28, 1980 had him with a 58 percent job approval. That was his highest since 1977 his first year in office. Additionally, he received a small bounce possibly from winning Iowa comfortably on Jan 21. His support was two points higher than the last poll before the Iowa caucuses (Jan. 5-8).

A second post-Iowa Gallup poll (Feb. 1-4) had Carter slightly down with a 55 percent job approval. Even so, other than Reagan, this level of support for Carter at the beginning of February in a re-election year was higher than his immediate predecessors, Lyndon Johnson to Gerald Ford, were at the beginning of February in their re-election year, and any of his successors, from George H.W. Bush to Donald Trump. Reagan was the exception; he also had a 55 percent job approval in February 1984. One has to go back to February 1956 – Dwight Eisenhower at 75 percent – to find a president with a higher approval level.

There was more good news for the President. Four days before the primary, the United States Olympic hockey team stunned the sports world with a 4-3 win over the heavily-favored, very experienced team from the Soviet Union. It was the “Miracle on Ice”. The dramatic victory put the US team on the path for gold at Lake Placid, N.Y., the site of the 1980 Winter Olympics.

President Carter spoke with head coach Herb Brooks by phone after the game and he invited the team to the White House on Monday, Feb. 25, the day before the New Hampshire vote. Coach Brooks told the President he endorsed the proposed Olympic boycott.

Although New Hampshire was the first primary of the 1980 contest, it was not the first contest in Kennedy’s home region. The Maine Caucus that year was held before it on Sunday, Feb. 10. The headline for the Americus Times-Recorder the day before was “Carter, Kennedy Clash in First New England Battle”.

With the international crises continuing in Iran and Afghanistan, President Carter refrained from the usual campaign politicking and remained in Washington to monitor events. He was quoted by the Associated Press (Feb. 14) as saying he would “resume normal campaigning” once the crises abated, and even consider a debate with Kennedy. This was known as the “Rose Garden” strategy. Other presidents had used this before to varying degrees. Mrs. Carter and Vice President Mondale campaigned in Maine in the President’s place. Mrs. Lillian Carter, the President’s mother, also visited the state.

Carter’s opponents, Kennedy and Brown, made a strong push to win Maine. According to one Associated Press report (Feb. 9), the Kennedy campaign feared that Brown would play the role of spoiler by splitting the anti-Carter vote enough to allow the President to prevail. One Kennedy campaign official said, “I think a vote for Jerry Brown is a vote for Jimmy Carter.”

In a close vote, Carter won Maine 44 – 40 over Kennedy. Governor Brown finished with 14 percent. Kennedy staffers insisted that their candidate had “momentum” and a win in New Hampshire was possible. The Feb. 11 front-page headline for the Americus Times-Recorder was “Carter Beats Kennedy in Maine Vote”.

Jody Powell, Carter’s press secretary, dismissed such talk. As reported in the Americus Times-Recorder (Feb. 12), he said, “It’s New England. It’s his backyard.” Kennedy was expected to be competitive, if not victorious. “We’ve all known all along that a win by Carter in Kennedy’s home court would be a major setback for the loser” (Feb. 11).

What Maine made clear was that Kennedy was not the national or even regional juggernaut he was expected to be. With losses in Iowa and Maine, Kennedy was zero for two. The double-digit loss in New Hampshire, the first primary of 1980, showed that Kennedy was in serious trouble and was then zero for three.

On its Feb. 27 front page, the Americus Times-Recorder described Kennedy as “a Three Time Loser”. The Kennedy electoral magic possessed by his brother John Kennedy in the 1960 primaries and Robert Kennedy in the 1968 primaries appeared, at least for the moment, to be gone. 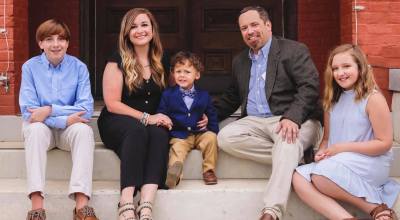 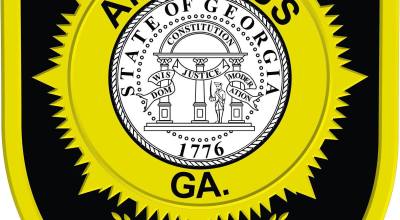 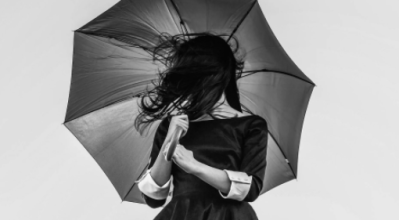