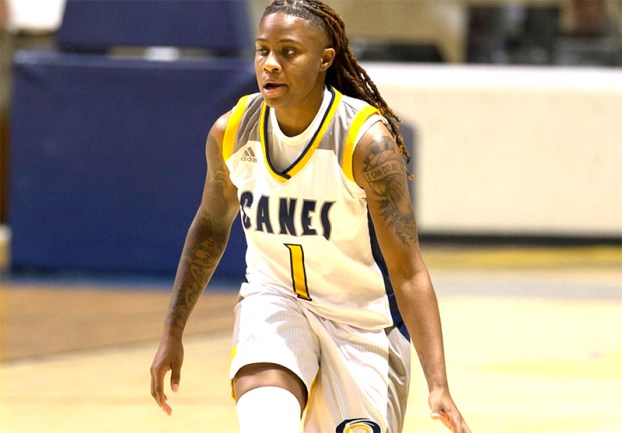 ST. AUGUSTINE, FL – A huge third quarter by the Lady Saints of Flagler College (FC) lifted them over Georgia Southwestern State University’s women’s basketball team by the score of 64-58 on Saturday, January 11, at the FC gymnasium.

The Lady Hurricanes out played the Saints and held the lead for two quarters, but FC never settled. The Lady Saints used a 10-3 run in the third quarter to tie the game and take the lead. It was a lead that the Lady Hurricanes could not overtake.

Lex Chatman and Dominique Jeffery started the game with back-to-back three-pointers as GSW went up 6-0 within one minute of the opening quarter. Tamecia Blue then added a layup to increase GSW’s lead before N’Mya Pierce scored the Saints’ first points three minutes into the game. After a short run by FC, GSW went into the second quarter with a 14-12 lead.

A layup by Pierce tied the game at 16-16 with 9:10 left in the half, but a three-pointer by Kya Cochran extended the lead for GSW. The Lady Hurricanes played great defense and kept the lead throughout the whole second quarter. They did not allow the Lady Saints to get to within four points.

GSW (4-7, 0-5 PBC) started the third quarter with an 8-0 run, but FC responded back. With 3:21 left in the third, a three-pointer by Kierra Crane tied the game at 36-36 as Tori Pearce gave the Lady Saints the lead from the free throw line. FC then went on a short run to close the quarter with a 44-38 lead going into the final 10 minutes.

A long three-pointer by Chatman closed GSW’s deficit to two points, but FC (4-7, 2-3 PBC) responded with back-to-back threes to make it a nine-point lead midway through the fourth quarter. GSW guard Madison Johnson tried the keep the game close as she converted from the free throw line, but it was not enough as the Lady Saints were able to hold on for the 64-58 win.

Chatman led the Lady Hurricanes in scoring with 16 points, while grabbing five rebounds and tallying two steals. Johnson led with 10 points and six rebounds, along with four assists. Trimble finished the game with a team-high eight rebounds, followed by K’Shouri Hodge, who had seven rebounds.

FC was led in scoring by Pierce, who finished with 25 points and 15 rebounds. Kierra Crane drained six shots from beyond the arc as she ended with 23 points and four rebounds.

The Lady Hurricanes will host Clayton State for a midweek game on Wednesday, January 15, at 5:30 p.m. 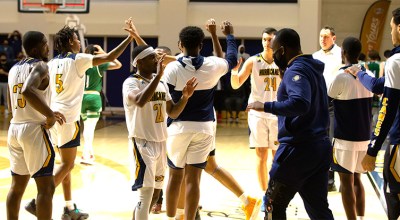 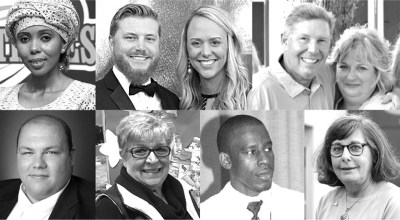