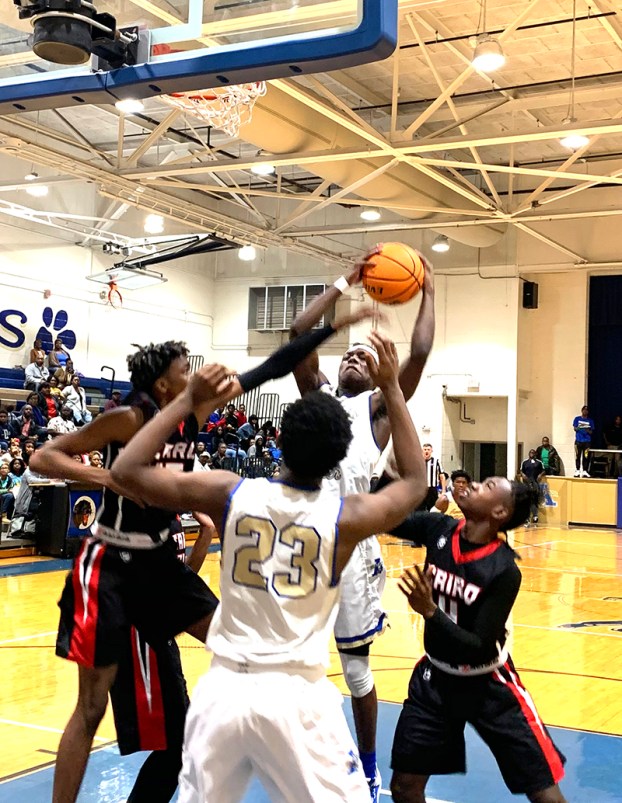 Panthers’ high-pressure defense leads them to rout over Cairo

AMERICUS – The Americus-Sumter High School boys’ basketball team (ASHS) used both a half-court and a full-court trap early in the game to force turnovers and turn them into points. As a result, the undefeated Panthers took over the game early and routed the Cairo Syrupmakers (CHS) 84-39 in a Region 1-AAAA contest on Tuesday, December 17, at Americus-Sumter High School.

With the win, the Panthers stay undefeated at 8-0, while the Syrupmakers remain winless at 0-8.

The Panthers jumped out to an early 6-0 lead to start the game. After the Syrupmakers scored their first basket, Brown responded by nailing a three-pointer, pushing the ASHS lead back up to seven at 9-2. Throughout the remainder of the first quarter, the Panthers’ half-court trap disrupted the CHS offense and they were able to score numerous baskets off turnovers. 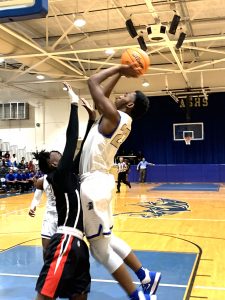 With 1:51 to go in the quarter, ASHS took a 23-12 lead when Brown drove to the basket and scored. He was fouled on the play and made the foul shot to give the Panthers the 11-point lead. As the first quarter was winding down, the Panthers continued to use their high-pressure defense to force turnovers and turn them into points. By the end of the quarter, ASHS had a 29-12 lead.

In the second quarter, ASHS continued their up-tempo pressure, forced turnovers and scored numerous baskets on transition layups to amass a 44-17 lead with just under four minutes left before halftime. Almost every time the Syrupmakers tried to run their offense, the Panthers forced a steal and scored on a fast break basket.

Brown scored 19 of his game-high 25 points in the first half. 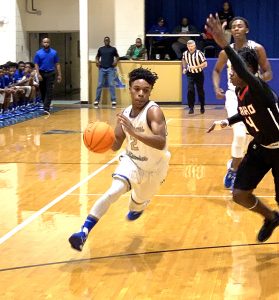 While the Panthers had somewhat relaxed their defensive pressure to start the first half, the Syrupmakers still had trouble scoring. On the other hand, ASHS was able to go on a 17-2 run to start the second half, forcing CHS head coach Jonathan Nolton to call a timeout with 3:39 to play in the third quarter.

However, the timeout didn’t do the Syrupmakers much good as they continued to struggle against the Panthers’ man-to-man defense. By the end of the third quarter, ASHS led 74-34.

Being that the Panthers’ lead was so large, the fourth quarter was reduced from an eight-minute quarter to six minutes. However, ASHS continued to play tough man-to-man defense. By this time, the starters were off the court and the reserves were getting some valuable playing time and experience. With just under four minutes to go, Kyric Davis scored a transition layup to increase the ASHS lead to 80-37. ASHS would go on to close out the game on a 4-2 run to defeat CHS 84-39.