Early goals by AUM too much for Hurricanes to… 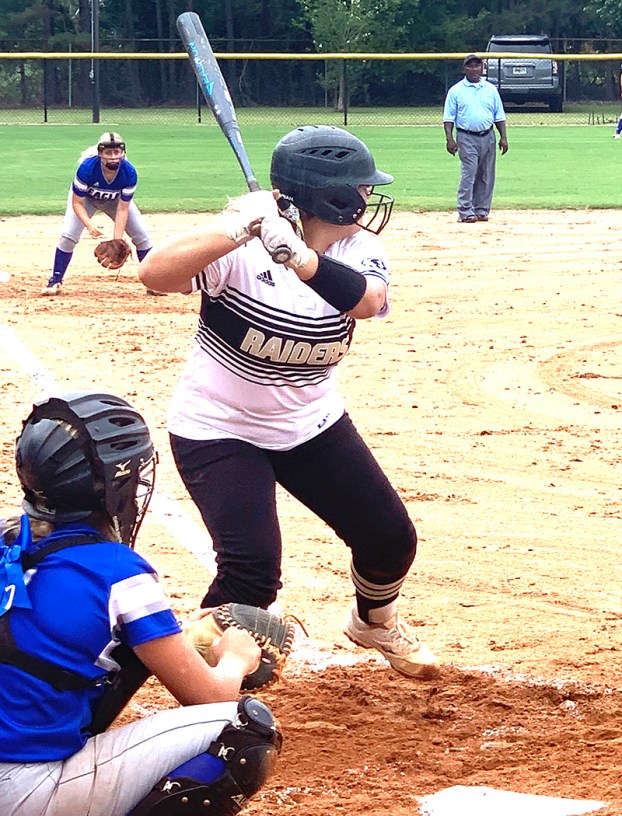 Southland Academy catcher Sara Beth Storey is seen here competing in a previous game. Storey went 1-for-2 with a two-run double to lead the Raiders to a 10-0 shutout victory over Deerfield-Windsor. ATR Archive

AMERICUS – The Southland Academy Raider softball team (SA) scored six runs on three hits in the bottom of the second inning to secure a 10-0 shutout of Deerfield-Windsor (DWS) on Thursday, September 19, at Southland Academy.

The Raiders also took advantage of two walks, a hit batsmen (batter hit by a pitch) and a DWS error in that inning.

The Raiders already had a 3-0 lead before their six-run explosion in the second. SA scored three runs on two hits in the bottom of the first inning, including a two-run double by Sara Beth Storey. In total, the Raiders scored 10 runs on seven hits and took advantage of five errors committed by the Knights.

In the bottom of the third inning, the Raiders added their 10th and final run of the game when Brookland Weaver drove in in her sister, Morgan Weaver, on an RBI single.

SA starting pitcher Rylan Youngdale pitched all four innings of the abbreviated game. Youngdale gave up no runs or hits. She walked two batters and struck out two.

The Raiders have now won two straight Georgia Independent School Association (GISA) Region 3 AAA contests and have a region record of 3-1. They are in second place in the region and are one game behind the first-place Valwood Valiants (4-0). The Raiders’ overall record on the season is now 8-7. They will try to continue their winning ways when they travel to Valdosta for a rematch against Valwood on Tuesday, September 24. First pitch is scheduled for 4:30 p.m.