Youngdale turns in a solid performance in final preseason… 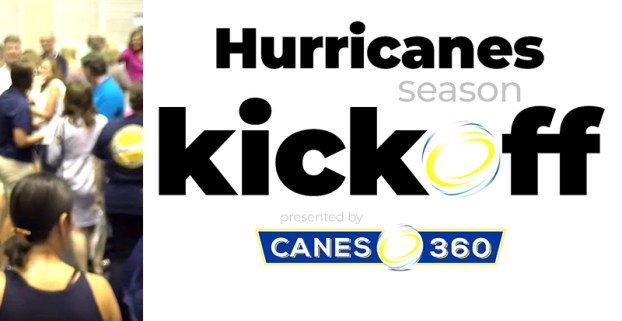 The GSW Department of Intercollegiate Athletics invites the public to its annual Hurricanes Season Kickoff on Tuesday, August 20, inside the Storm Dome on the GSW campus. Festivities get underway at 6 p.m. Photo by GSW

AMERICUS – The Canes 360 organization, in support of Georgia Southwestern State University athletics, invites the public to its annual Hurricanes Season Kickoff on Tuesday, August 20, at 6 p.m. The festivities will take place inside the Storm Dome on the GSW campus.

The kickoff will serve as a recruiting event for potential Canes 360 members. In addition, those that attend will enjoy a meet and greet with GSW coaches and student-athletes, as well as a visit from the GSW mascot Surge. There will be activities for the kids, giveaways, complimentary drinks and traditional tailgate fare.

Canes 360 is a group of people dedicated to the quick turnaround of resources available to the GSW athletics program. Those who wish to participate in the Canes 360 program must make a $360 per year contribution for five years. The contribution can be broken down into monthly installments of $30 and the proceeds will be used to enhance capital improvements.

The next athletics facility to be built is the indoor baseball and softball practice facility. The groundbreaking for the facility took place back in March of this year. Much of the funding to build the facility came from Canes 360 members.

Contributions to Canes 360 help elevate the student-athlete experience and will also help GSW coaches with recruiting, which in turn, will ultimately lead to a championship level of play.

For those who would like more information on Canes 360, they can go to www.gsw.edu/canes360.