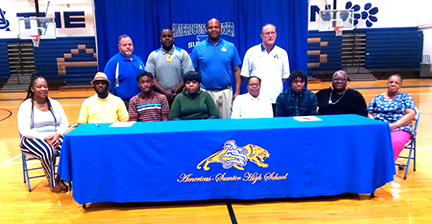 AMERICUS – Like many high school football players across the country, Americus-Sumter seniors Montrellis Wilson and Miichael Flemming signed on the dotted line to continue their education and college football careers at Mesabi Range Junior College in Virginia, MN, located about an hour from the Canadian border.

Michael Flemming played middle linebacker for the Panthers. During the 2018 season, Flemming had a total of 15 tackles on the season.