From the Archives: Taking a journey through the Southland… 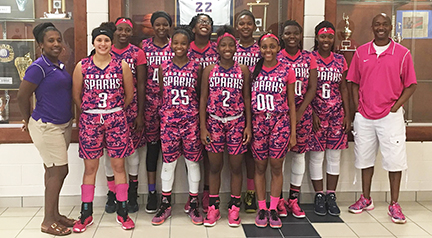 The Georgia Sparks finished the second half of the college exposure season with a 4-1 record in the Atlanta Summer Slam event in Atlanta and a 3-0 record in the Pass Showcase in Augusta.
The Sparks competed against teams from the Virgin Islands, Kentucky, Missouri, Florida (2), South Carolina, and New York.
The Sparks’ only loss of the tournament came to an older Florida team. The Sparks suffered a one-point defeat in that match-up. According to a press release from Georgia Sparks head coach, Rick Jones, “It was probably one of the better games of the tournament and got lots of attention from several college coaches.”
The Georgia Sparks will finish the 2016 college exposure season in September in Atlanta.
According to the organization’s website, the Georgia Sparks is a travel basketball program dedicated to developing character, education, respect, and basketball skills in young athletes throughout South Georgia. The website states that many of the teams’ players have gone on to attend college on basketball scholarships.
Several players from Americus and the surrounding counties participate in the program.