Pennymon has agreed provide the Times-Recorder with first-person coverage of one of the most famous marathons in the world. Be sure to check with us often over the weekend to read about the marathon from the perspective of one if its participants. The story will be updated daily.

Charlene Pennymon and her husband Ken spent the day at the John Hancock Center Runner’s Expo.

Pennymon told the Times-Recorder “I picked up my bid number, T-shirt and the official runner’s gear. There are thousands of runners here. I met Mrs. Katherine Switzer, the first woman to run the Boston Marathon. She is super cool. We are having a blast. The city is getting ready.”

Pennymon and her husband spent this afternoon at the Runner’s Expo as well.

Pennymon told the Times-Recorder “Ken and I are at the expo again! We had the opportunity to meet with the Boston Legends Bill Rodgers, Katherine Switzer, Amy Burfoot,Jack Fultz, Greg Meyer and Dave McGillivary. I also got the opportunity to sign the Boston Runner’s Ball, containing all the participants in this year’s marathon.”

Pennymon’s husband, Ken spoke has reported that Pennymon has completed the first 30 kilometers of the marathon. Ken Penymon is waiting at the finish line among thousands of others, waiting for Charlene Pennymon to finish.

Ken Pennymon told the Times-Recorder that it was raining very hard and the wind was up so it has slowed Charlene down a bit. Other than that, but she seems to be doing very well.

It has been reported that the men’s division of the race has been won by Lelisa Desisa, of Ethiopia. This is Desisa’s second Boston Marathon win. He won with an unofficial time of 2:09:17.

The Lady’s division of the race has been won by Caroline Rotich, of Kenya with a time of 2:24:55.

Charlene Pennymon has finished her third 26.2 mile Boston Marathon in 3:48:37, very close to the time she recorded last year.

In the windy and rainy conditions, Pennymon said that the runners were very determined saying “That wind wasn’t playing today. These runners don’t let anything stop them.”

She went on to tell the Times-Recorder that Mile 17 is one of the toughest ones. It’s very hilly and the runners were beginning to get very tired. She said “It’s a really good feeling when you come across the bridge and take the left turn onto Boyleston Street and hear the crowd cheering. There’s so much energy and excitement there. It helped give me a rush of adrenaline that pushed me through to the end.”

Pennymon expressed her appreciation for the city saying “This is a really nice course. There’s just something about it. I love the atmosphere and the beauty here. The people are all very friendly and the history of the city is very interesting. There were people everywhere on the course and there was music playing and cheering every step of the way. I am overwhelmed and glad to have been able to do this for the third time.”

Pennymon went on to describe how she feels after the race, saying that she feels fantastic. She said that it was very cold on the course, between 30 and 40 degrees. One of the first things she wanted to do was warm up after finishing. After taking some time in her hotel room, Pennymon plans on taking a break, and relaxing a bit before heading to Fenway Park for the Mile 27 after party.

Pennymon told the Times-Recorder that she would like to thank all of her supporters in Americus for all of their help and reiterated tat she would not have been able to accomplish this without their support. 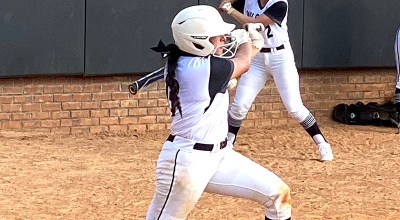 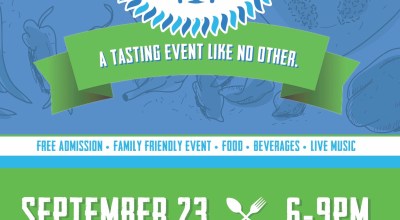