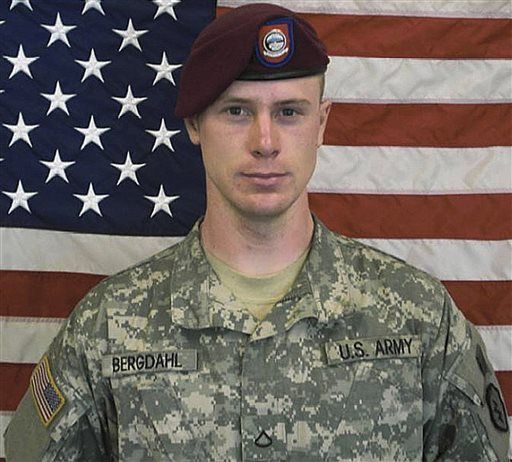 RALEIGH, N.C. (AP) — Army Sgt. Bowe Bergdahl says he was tortured repeatedly in the five years he was held captive by the Taliban: beaten with a copper cable, chained, held in a cage and threatened with execution after trying to escape.

Bergdahl described his captivity in a note his lawyer made public Thursday after sharing it with the Army in an attempt to avert a court martial.

The Army charged Bergdahl nevertheless on Wednesday, accusing him of desertion and misbehavior before the enemy for leaving his post in Afghanistan in June 2009.

Freed last year in exchange for five Taliban commanders held prisoner at Guantanamo Bay, Cuba, the 28-year-old soldier from Hailey, Idaho faces up to life in prison if convicted.

Bergdahl says he tried about a dozen times to escape, and that his captors’ response was brutal.

“In the beginning of my captivity, after my first two escape attempts, for about three months I was chained to a bed spread-eagle and blindfolded,” Bergdahl wrote.

“Around my ankles where the chains were, I developed open wounds. … During these months some of the things they did was beat the bottoms of my feet and parts of my body with a copper cable.”

He also says he was beaten with a rubber hose, fists and the butt of an AK-47, so hard the rifle’s stock broke off. He was repeatedly threatened with execution, and “kept in constant isolation during the entire 5 years.”

Bergdahl next faces an Article 32 hearing before a high-ranking officer known as a “convening authority,” who will decide if the evidence merits a court martial.

“This is a hellish environment he was kept in for nearly 5 years, particularly after he did his duty in trying to escape,” Fidell, a former military lawyer now in private practice, told The Associated Press on Thursday. “There is no question in my mind that a convening authority would not be doing his or her duty without taking into account the circumstances under which Sgt. Berhdahl was held.”

Bergdahl’s two-page description of his captivity was attached to a letter Fidell sent March 2 to Gen. Mark Milley, who as commander of the U.S. Army Forces was responsible for deciding the criminal charges.

Bergdahl was captured shortly after leaving his post in June 2009 and held by the Haqqani network, an insurgent group tied to the Taliban that operates both in Pakistan and Afghanistan.

Before disappearing, Bergdahl had expressed misgivings about the U.S. role in the war — as well as his own.

An Army investigation found that when Bergdahl walked off his post, his “specific intent was to bring what he thought were disturbing circumstances to the attention of the nearest general officer,” Fidell wrote.

Given his harsh captivity, the reason he left his unit and his attempts to escape while prisoner, “it would be unduly harsh to impose on him the lifetime stigma of a court-martial conviction or an Other Than Honorable discharge and to deny him veteran’s benefits,” the lawyer argued.

That argument apparently fell flat: The desertion charge carries up to five years in prison, while “misbehavior before the enemy” carries a life sentence; A conviction on either could strip him of his rank and about $300,000 in back pay, and earn him a dishonorable discharge.

Misbehavior is a rare charge, typically reserved for shameful or cowardly conduct, said Daniel Conway, a military defense lawyer and the author of a forthcoming book on military crimes.

“President Obama endangered our national security and broke the law when he chose to negotiate with terrorists and release hardened enemy combatants from Guantanamo Bay in exchange for Sgt. Bergdahl — who many believed at the time was a deserter,” said U.S. Rep. Michael McCaul, R-Texas and the chairman of the Committee on Homeland Security.

Even some members of Bergdahl’s former Army unit want serious punishment, saying others risked their lives searching for him, although the Pentagon says there’s no evidence anyone died because of his actions.

“Everybody else stayed with the oath and did what they signed up to do. And as a result of that, some didn’t get to come home,” said Cody Full, 26, who served in Bergdahl’s platoon. He said Bergdahl should be stripped of his pay and benefits and be dishonorably discharged.

The Obama administration is standing by the prisoner swap.

“Was it worth it? Absolutely. We have a commitment to our men and women serving overseas, or in our military, defending our national security every day, that we will do everything we can to bring them home, and that’s what we did in this case,” State Department spokeswoman Jen Psaki told Fox News.

Bergdahl still needs “continuous physical therapy, medical and behavioral health appointments” at the Army medical center at Fort Sam Houston in Texas, where he has been assigned to a desk job.

Even there, he faces “hostility” that raises doubts about a fair trial, Fidell wrote: Two officers accompany him wherever he goes off base, not to keep him from escaping but to protect him from others.