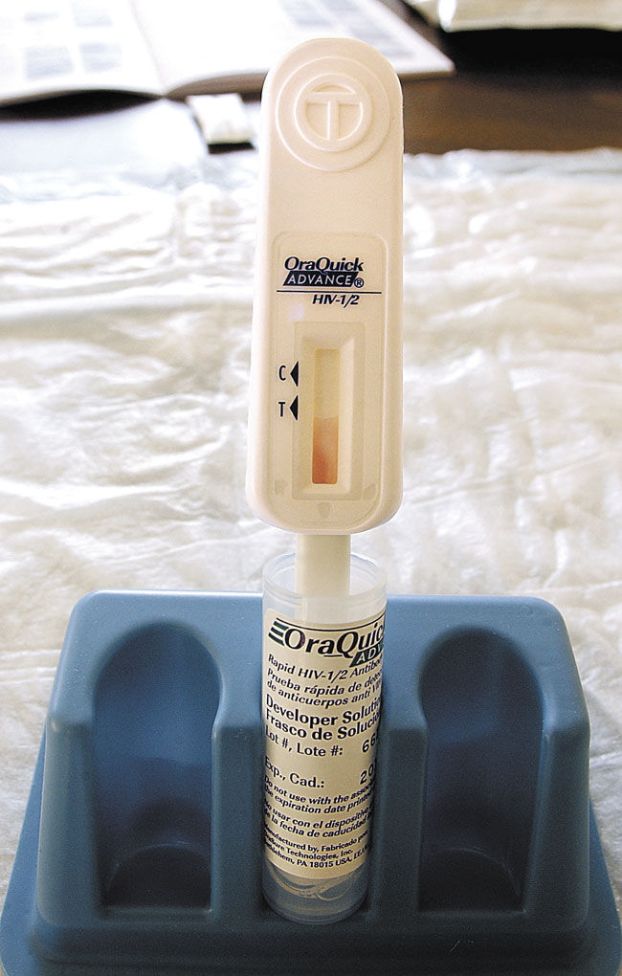 INDIANAPOLIS – New HIV cases have more than doubled in a rural county in southeast Indiana in recent weeks, and health officials fear the virus is still spreading as they struggle to identify those who are infected.

The cluster of HIV cases, centered in the small town of Austin in Scott County along Interstate 65, is the largest single outbreak of the AIDS-causing virus in Indiana history, according to state health officials.

The growing number of cases among intravenous drug users and prostitutes – at 55 confirmed cases Thursday – is prompting the U.S. Centers for Disease Control and Prevention to dispatch a team of specialists next week to help contain the virus.

“This is a crisis,” said Dr. Kevin Burke, the Clark County public health officer who detected the outbreak’s first case in late December. “This kind of cluster of cases in a small county is extraordinary. We could be looking at HIV levels akin to sub-Saharan Africa.”

Burke, who oversees a multi-county program to control HIV and sexually transmitted diseases, estimates the number of diagnosed cases in the area will soon reach 100.

In addition to the 55 cases confirmed since late December, another 13 people have tested positive and are awaiting confirmation of those results. Three weeks ago, the number of confirmed cases was at 24.

Local health officials scrambling to stop the virus are urging state officials to allow them to initiate a needle-exchange program. That would allow health workers to distribute clean syringes to addicts injecting a highly addictive, opiate-based painkiller called Opana.

But state law bars needle exchanges and makes it illegal for anyone to possess a syringe without a prescription.

Burke said the Health Department initially offered to distribute “harm reduction kits” of supplies which addicts could use to clean their own needles. But Burke the department backed off when told those kits are also banned. He said local health officials are now distributing instructions, aimed at addicts, on how to clean needles.

The outbreak of new cases comes at a time when HIV cases nationally are on the decline. The rate of HIV infections diagnosed in the U.S. each year fell by one-third over the past decade, according to the CDC.

Indiana reports about 500 new cases of HIV a year. Scott County – a poor, rural county with a population of 24,000 – usually accounts for about five of those.

Burke and local officials, who fear the recent outbreak will continue absent intervention, have traced it to an “index case,” a recently infected person who shared a needle with other drug users in the Austin area.

“Someone who is newly infected is loaded with the virus,” Burke said. “They’re very infectious and very contagious. That’s why so many people got infected so quickly.”

Local health officials said some who’ve been exposed to the virus, through needle-sharing or sex, have refused to be tested. In other cases, people infected with HIV are unable or unwilling to tell health officials who they may have exposed.

“They’re afraid,” said Dr. Deepak Azad, a Scott County physician and former president of the Indiana State Medical Association. “They think it’s a death knell. It doesn’t have to be, but we need to get people tested and treated.”

Both Burke and Azad said they know of addicts who’ve been diagnosed with the HIV in recent weeks yet continue to endanger themselves and others by sharing needles and refusing treatment that would suppress the virus and reduce odds of transmitting it.

“That’s addiction,” Burke said. “You live for the next high, regardless of the damage you’re doing to yourself or others. If it takes a dirty old needle so dull that you wound yourself, you’ll use it just to get the drug in.”

Among their immediate concerns is that the virus is now spreading to other states, carried by people who may have been infected by HIV-positive prostitutes who work truck stops along Interstate 65.

Burke said the Health Department has notified neighboring states of the potential risk, but he says more needs to be done: “Anyone who visited (Scott County) and did risky things needs to know they may been exposed.”

The call for an emergency needle exchange is also coming from Scott County Sheriff Dan McClain. At least 10 inmates in the county jail are HIV-positive, along with a handful of others arrested in Scott County but housed in neighboring counties.

McClain said there are inmates in his jail who refuse to be tested, even though they’ve been identified as having been exposed to the virus.

“A needle-exchange program won’t solve our drug problem down here, but it could solve our HIV problem,” McClain said.

The sheriff and local doctors are asking legislators for emergency help similar to legislation passed in Ohio: It would allow police and health officials to initiate a needle exchange amid a crisis like the one unfolding in Scott County.

House Public Health Chairman Ed Clere, R-New Albany, supports the idea and is currently drafting legislation that could be tacked on to a bill already moving through the General Assembly. The deadline has passed for any new bills to be filed.

“We need to consider facilitating needle exchange as a way to help contain this outbreak and prevent similar outbreaks in other parts of the state,” Clere said. “It may be a difficult discussion, but it’s one that we need to have.”

Rep. Terry Goodin, a Democrat from Scott County, endorses the idea but worries it will prove controversial. Even though such a step is endorsed by the American Medical Association, opponents contend that needle-exchange programs enable illegal drug use.

“We all need to understand that this is an Indiana problem,” Goodin said. “People may think it’s a Scott County problem, but it’s not. This could happen anywhere, in any of our communities. We need to act and we need to act fast.”